It's a dog's life for the Hales!

Life is looking up again for dog lovers Clive and Marina Hale, following the tragic loss of their beloved Rhodesian Ridgeback earlier this year.

The Hales, who have lived in Leicestershire Rural Housing Association’s development in Knights Close, Husbands Bosworth, since it opened in 2013, were devastated when prize-winning Tara succumbed to cancer in April at the age of just three years.

Tara, whom the couple had owned since she was a puppy, had already won a whole hoard of rosettes and trophies in her short life, including a first place at Crufts in the Good Citizen Class in 2016 and a second place and highly commended award the following year.

Now Clive says he and Marina are very grateful to LRHA for allowing them to open their home to Zola, a two-year-old rescue dog.

As their two-bedroom semi backs onto an open field, it’s a perfect location for walking their dogs.

Clive says: “After we lost Tara, I said there was no way I could keep coming home from work to an empty house.  It was awful.

“We’ve had Zola for three months now.  She was a bit nervous and barky when we first got her, but we’ve both worked hard with her and just last weekend she won her first prize!”

Clive says: “Rhodesian Ridgebacks are the most wonderful dogs.  Marina and I have both trained as dog trainers and we get an enormous amount of pleasure out of training our dogs.  They really are gorgeous creatures.”

Marina adds: “Who knows where we will end up with Zola, but we can't thank LRHA enough for the opportunity of owning such wonderful dogs.” 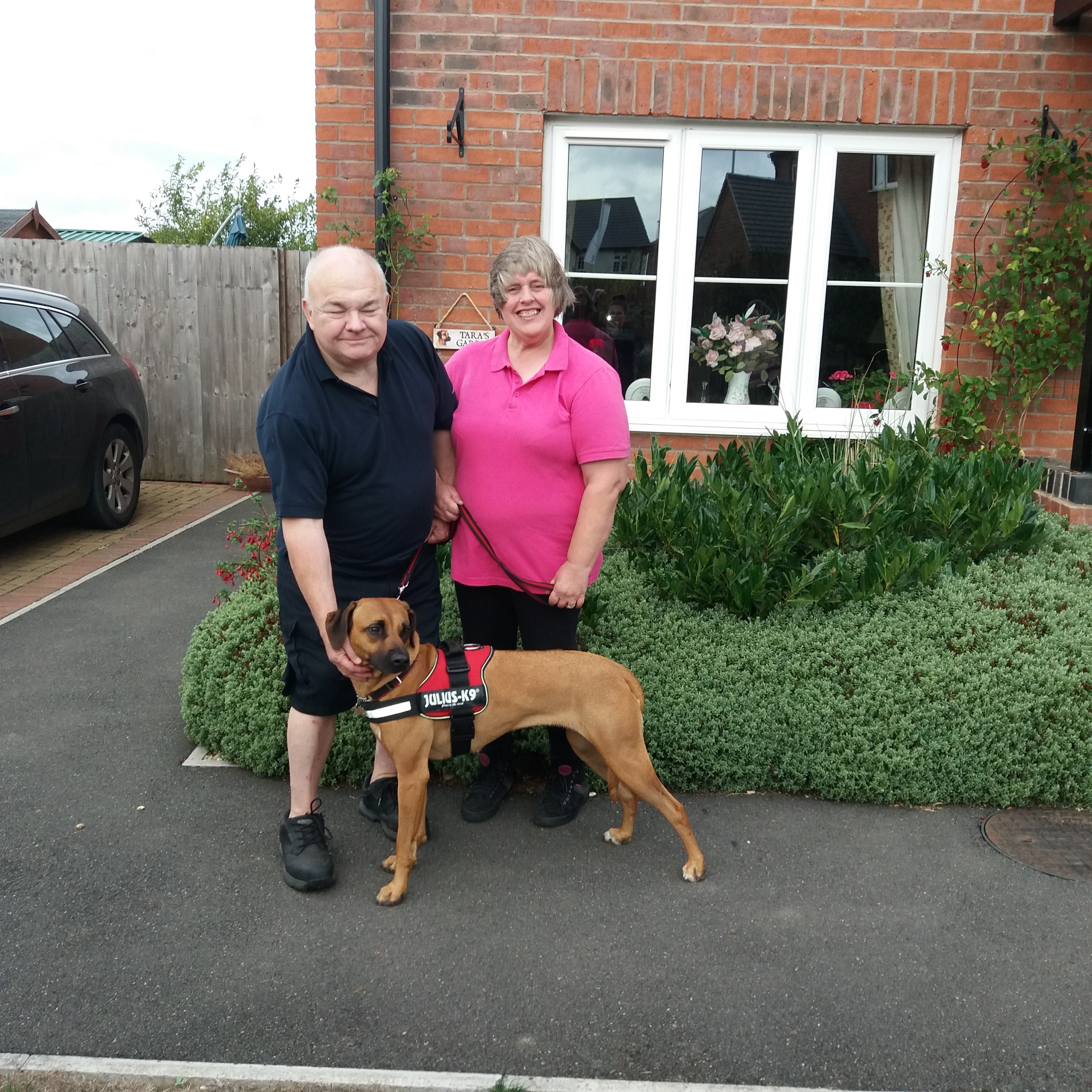